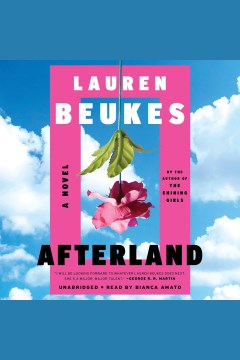 Blade Runner meets The Handmaid's Tale in this thrilling story of how far a mother will go to protect her son in a hostile world transformed by the sudden absence of men. Cole and her twelve-year-old, Miles, are on the lam. Fleeing across the American West, they're desperate to find a safe haven. Until they do, they must maintain their disguise--as mother and daughter. Because Miles, a boy, is the most valuable commodity in the world. Within just a few, horrifying years, ninety-nine percent of the global male population has died in a pandemic. Now, women run everything, from neighborhood bars to police departments to research programs searching for a way to keep the human race going. Stealthily and swiftly carving a trail from luxury bunker to anarchist commune to nomadic religious cult, Miles and Cole will need all their cunning, planning, and luck to outmaneuver the very bad, very dangerous people who are hot on their heels-among them, Cole's own sister. A brilliant blend of psychological suspense, American noir, and trenchant science-fiction, Afterland is the high-concept feminist thriller that Lauren Beukes's fans have been waiting for.